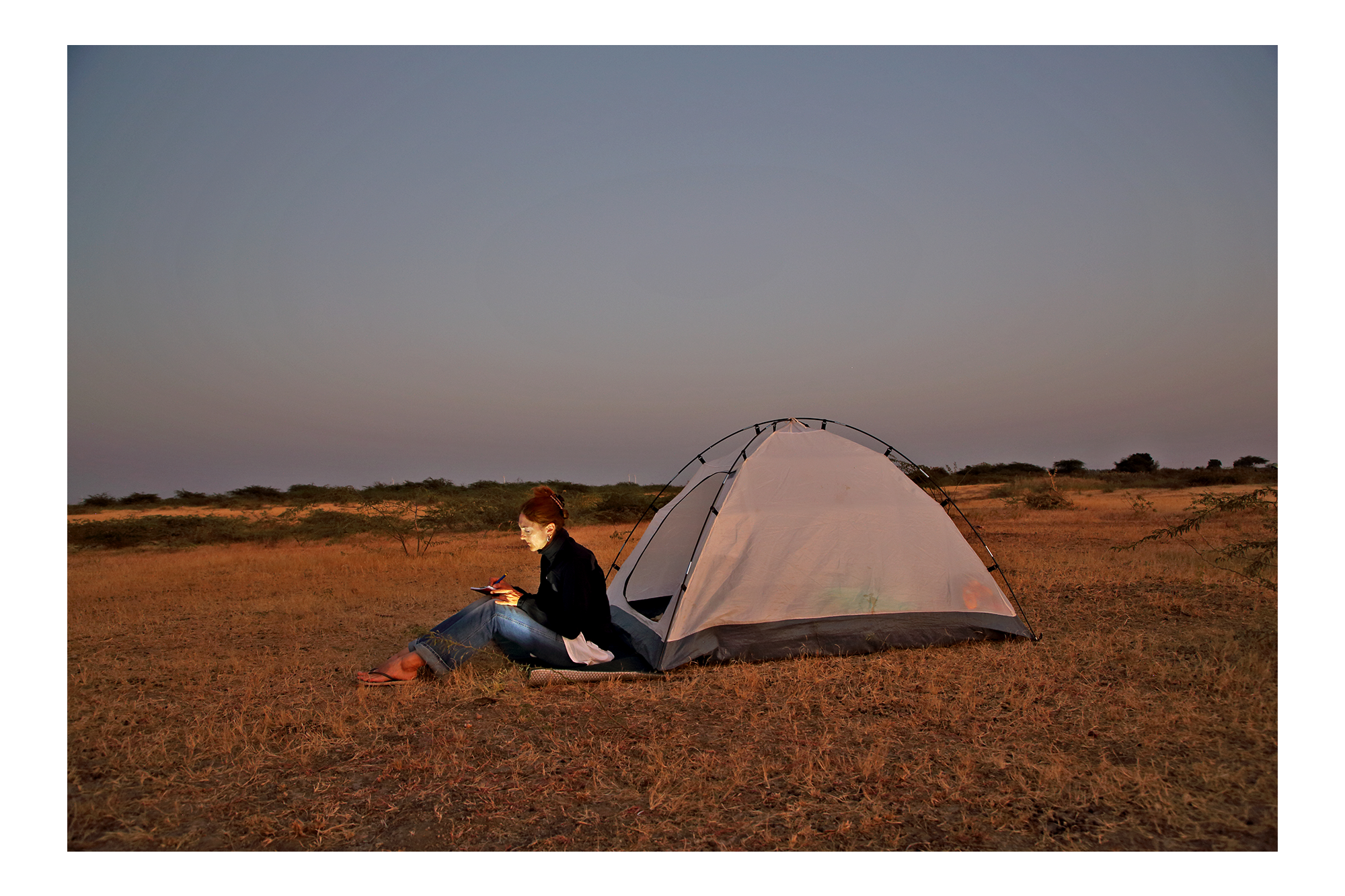 Elena Dak is a researcher who is particularly interested in those nomadic populations that are experiencing a rapid transformation. “Anthropology is a discipline that requires two specific actions: departing to reach the populations that are subject of the research and writing about them. When the population in question are nomadic herders, the passion and desire to learn about them leaves us with just one option – quite literally to follow in their footsteps and walk with them.”

After various experiences in Africa, in which she joined a group on a Tuareg caravan in Niger, travelling 1,200km with them on foot through the sands of the Sahara to reach the saltpans in Bilma, and having accompanied the Woodabe herders in Chad during their migration, Elena headed to India to meet with the Rabari nomads. “Once again I found myself departing, taking my first steps with a group of migrating herders. It isn’t easy to establish a rapport but this time it was even harder than usual. The herders seemed to be struggling to tolerate my presence.”

The Rabari are a group that live on the border between Rajasthan and Gujarat in northern India. In the first months of autumn, some groups leave their villages to head towards more verdant pastures on a migration that will keep them away for many months.

Elena’s job, renamed Chandni (full moon) by the families in migration, was to fully share their lifestyle, to testify the resilience of a population that is trying to maintain its nomadic tradition in today’s India, a society in rapid evolution and with lifestyles that are hard to reconcile with the survival of this archaic way of life.Over the two months she spent with them, Elena realised that she was witnessing an epoch-marking change and that she was, in fact, walking with the last generation of nomadic shepherds in this part of the world.

“When they ask me why I follow the nomads I never have an immediate answer ready nor the right answer. During the evenings around the fire, in the darkness that I choose to inhabit just outside the cone of light, I ask myself the same question. Undoubtedly more important than anything else is the desire to be there, attempting to creep into their lives, experiencing their lifestyle and then describing it. For sure, the steps taken by the Rabari are those of feet used to the dust and now forced to walk on the roads and it is in this discrepancy between sand and tarmac that I attempt to investigate their nomadic lives.”