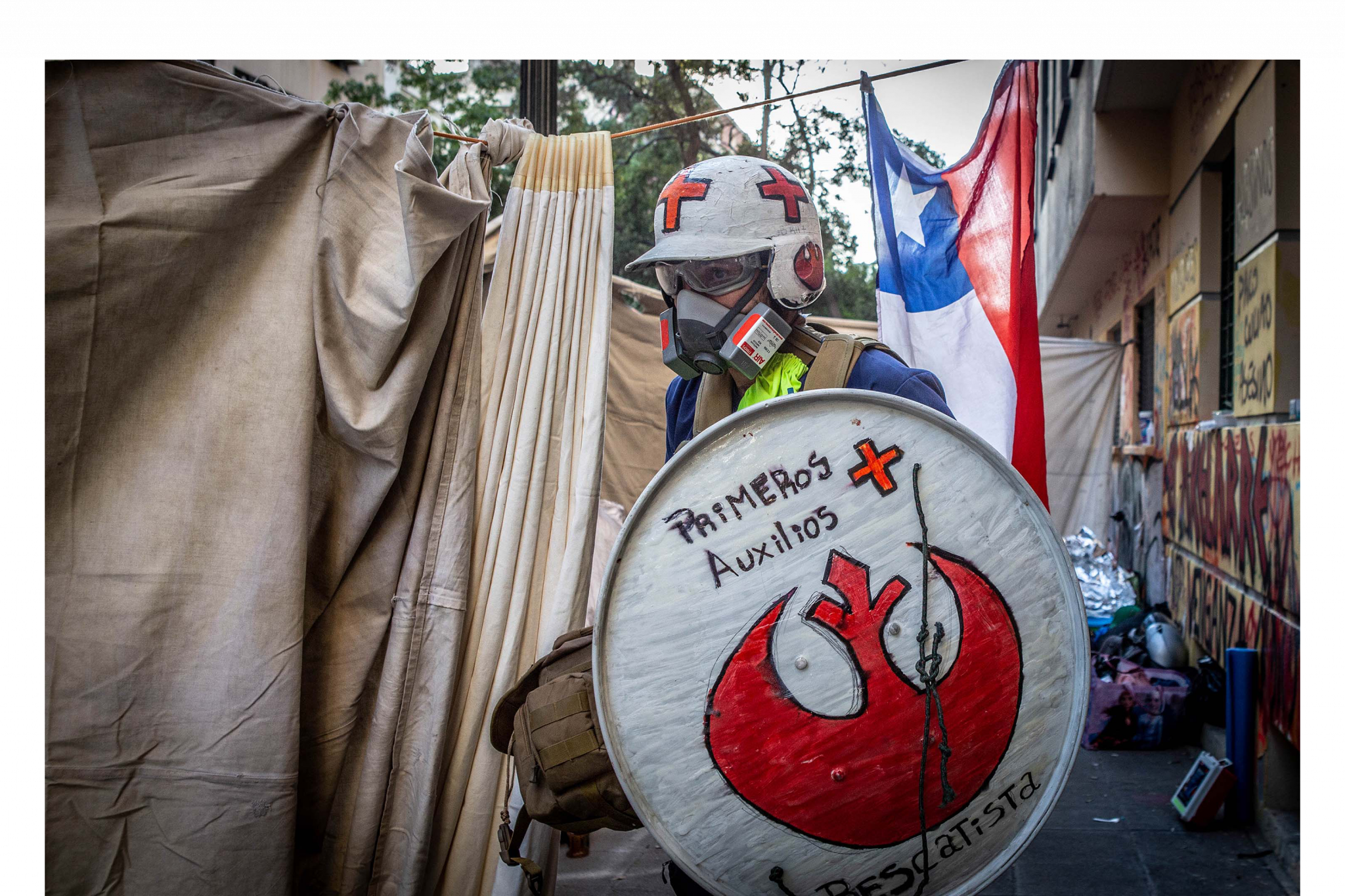 Two months have passed since Chileans took to the streets of the country with large protests and demonstrations sparked by the inequality in the country. The demands of the protesters, who are supported by the majority of Chileans according to opinion polls, are about improving pensions and well-being of older adults, improving the quality of public health and access to quality public education. These demands have not been met yet. The protests, especially the pacific ones, have lost intensity but the discontent is still high and part of society perceives that the measures announced by the government are “insufficient.” Plaza Baquedano, also known as plaza Italia, and since the 11th of November renamed “Plaza de la Dignidad”, has initially been the symbol of the pacific protests, and it is now is becoming the epicentre of an increasingly violent conflict between police and protesters.

In this context, a group of volunteers and self-organized medics, paramedics and nurses, that call themselves “Brigadas” (“brigades”), are giving humanitarian help to all those in need: protesters, police, and bystanders who accidentally walk alongside the protests and end up being injured: “We are a neutral point, we serve everyone, regardless of political drives” explains Kika, the leader of the “Brigada salud”.

They do it at their own risk. All the people in the brigades are trained and follow protocols in the field to rescue people: “If we were not here, I’m not sure who would be giving them help” says Kika, \ She explained that the injuries caused by tear gases are the worst at the moment: “we are treating quite significant burns in patients that end up in facial disfigurements, especially because now the water sprayed by the police contains some chemicals”.

The Chilean police is currently the focus of a new controversy following accusations that the water used to disperse demonstrations contains pepper spray and caustic soda. On Monday the 16th of December, a study of water samples used by Carabineros curated by the Health in Resistance Movement (MSR) revealed that the liquid contains pepper gas and caustic soda, which is a “highly corrosive” element. The Chilean Police rejected the accusations on the same day and said that all the materials used so far “are internationally validated.”