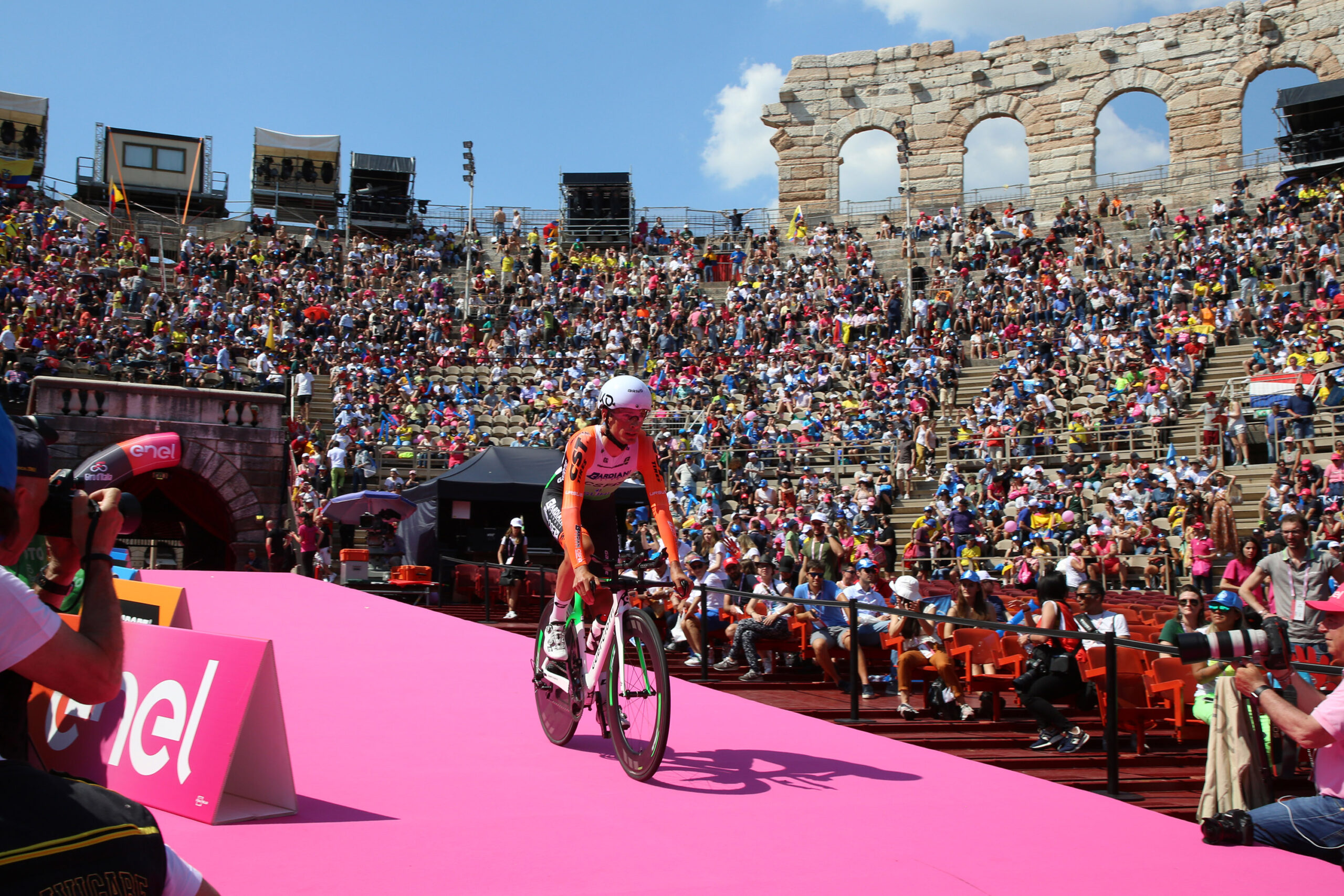 The Sound of the Maglia Rosa

The Maglia Rosa (Pink Jersey) is turning 90 and is traveling all over Italy to talk with the many “Pink Jersey Generations” – one for each decade – interweaving the stories of cycling enthusiasts with some celebrated national anniversaries, such as the 160th anniversary of Italian Unification, 700 years since the death of Dante and 120 years since that of Giuseppe Verdi, while also looking ahead to the 2026 Winter Olympics in Milan and Cortina.

Parallelozero has produced a storytelling, which is 100% audible, and a wide-ranging audio strategy together with Enel Italia for the 104th Giro d’Italia. Features include the series of “Pink Jersey Generations” podcasts, music playlists and an original soundtrack by Cristiano Lo Mele - producer and guitarist with the band Perturbazione - all published on a dedicated channel on Spotify.